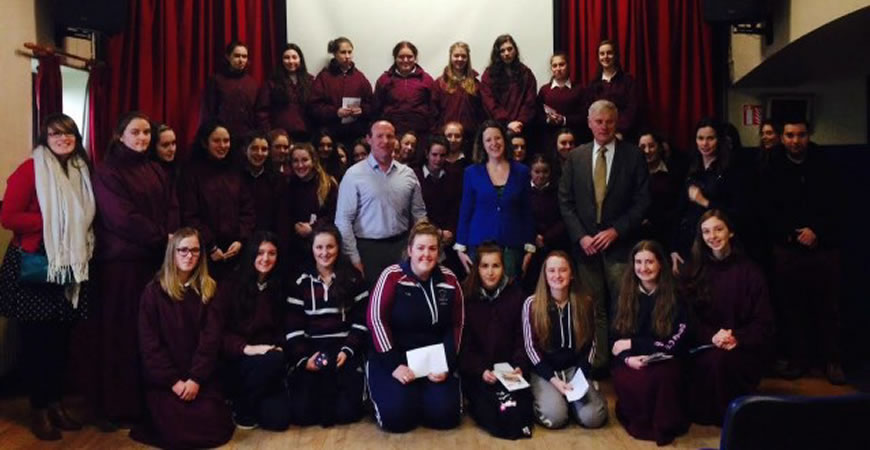 On the 29th of February, 40 students made up of 4th years and 5th years went to Lough Gur for engineer’s week. We left school at half 9 and got there at 10 o clock. We were split up into two groups, first we went to a talk about what engineering is, the jobs involved in it and pictures of the stone circles in lough Gur. We then went to lough Gur heritage centre where we had another talk about space and how rockets are designed, and then we did an egg drop test to see if we could create a way to protect the egg when we dropped it from a height of 2 meters. Our egg broke on the first go! We got the bus back to the honey Fitz theatre where the two groups were joined together, we had a talk from Con McCarthy and a skype call from an engineer in the Netherlands. Then after taking a few group photos we hopped on the bus and went to see the stone circles, we took some photos and she talked about the story behind the stone circles.